The album was written, recorded and self produced by Jason and Bob in the first 2 years after the Muted Pitch was formed. The writing style and production on this album changes from track to track as it was during the period of time when they were building a recording studio and working hard on defining a style. Jason and Bob worked on many areas of the music separately but always ended up having their say on the entire product. Jason would write guitar/bass lines, Bob would write drum parts/lyrics and they each tweaked the others work…It was and continues to be a collaborative process.

This album was a huge accomplishment for them as neither Bob or Jason had ever released a CD before. When sending the CD of to be manufactured, they decided on ordering only 50. This small amount would allow them to sign and number each disc individually. They were happy with ordering a small amount as the goal was not to make loads of money…it was more about personal satisfaction.

Looking back on the album, there were definitely things that they could have done differently. They could have tweaked levels to eternity but a friend of the band “Frank D.”  would say,  “at some point you have to stop making changes and considerate it a snapshot in time”. So they did and they are proud of it. 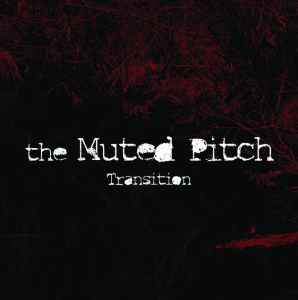 Turns out along the way, tMP decided to settle the “in-between albums” lag by releasing a 3 song EP called “Transition”. These songs were released to demonstrate the struggles and hard work involved in developing their new sound. Transition EP was released February 20, 2013.

This album was started in 2011. The first phase of writing and recording this album has been very challenging for the band. Dealing with a studio move, new equipment and 400 kilometers between members has not been easy to handle but Jason, Bob and Trevor are starting to settle in. They have completed a few tracks and decided to release them as an EP (Transition). The overall production already sounds much better than ‘the First 13’ and they are excited to complete a full album with a newly revised overall sound.